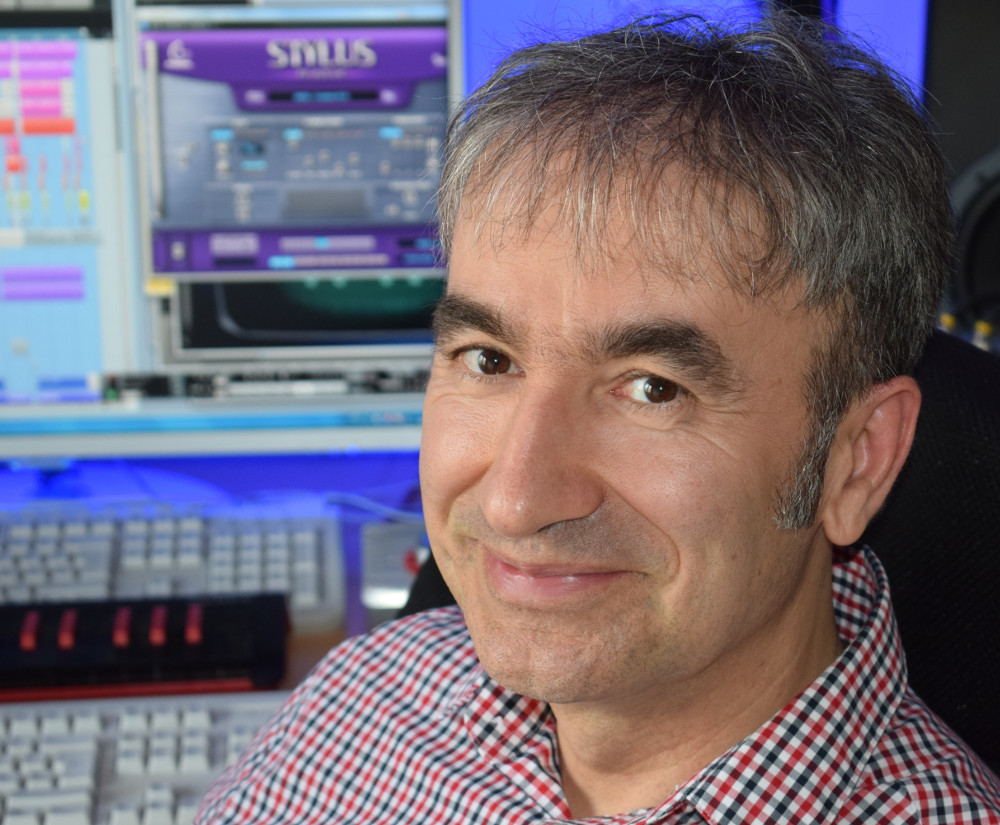 As a musically gifted child, Laszlo studied piano and drums beside music theory and electronics. Becoming a music-industry professional, in 1989 he built his own studio, Soundlab, which has been successfully operating ever since. Dozens of productions were completed there, several gold and platinum records among them.

He wrote, performed and produced his debut work Believe In Me, the maxi-single of his first own project Work Of Fantasy in 1994. He followed up with a series of engineering and remix projects ranging from electronica to house for clients like Soho Party and Radio Juventus`s Olympic Compilation which went platinum and gold, respectively.

In 1996 he was hired as Director of A&R by one of Hungary’s biggest record companies, PolyGram (now Universal Music). In addition to discovering new talent and handling negotiatons with them, his job at Universal also included the preparation of contracts, writing tenders and profit/expense projections while supervising the whole production process all the way to the final masters. In 2001 he completed a Business Affairs Seminar in London. After having worked a year for Sony Music Entertainment, Laszlo continued with Universal Music as head of the A&R department for another two successful years.

As Director of A&R, Laszlo Gajda’s roster is remarkable.

He discovered many successful Hungarian artists like Romantic, NOX, Sugar&Spice, Dj. Sterbinszky, Dj. Budai and worked with a long list of prominent performers, with Bon Bon and Zoran among them.

In addition to carrying out his duties as A&R Director, Laszlo was also involved in independent projects as music producer, sound engineer and composer.

He released his first Hypnotix album, Star Tracks, in 1997. The laser-show, choreographed for Hypnotix material, was a featured program of the Planetarium Laser Theatre for a year. He recorded the already classic electronic composition Delta, which became the signal music of the popular Hungarian Tv1-feature show, the Delta Science Program. Delta has turned into a national favourite. It was the featured track on the Dee Zone Traxx compilation. In 2001 he released his second Hypnotix album, Star Warps.

The next stage for Laszlo was television. In 2001–2002 he was a leading figure in Tv2’s big-time talent show, Popstars. He then produced the debut album for the show-winning pop troupe Sugar&Spice.

In 2002 Laszlo was commissioned to create the music for Hungary’s most spectacular annual event, the grand National Holiday’s fireworks show. The monumental work was completed in 22 days, including compositions, producer-work, recording, mixing and mastering. Laszlo named this record Firemusic. This is Visual Music, which started him in the direction of his future aspiration – to create music for visual productions and soundtracks for motion picture or television.

This year’s other hot project was NoNa; their Gajda-produced and mixed groovy-sexy-jazzy album Credo was released in 2003. The Gajda-produced duo Capuccino went gold in 2004. The popular Club 54 trio, doing Studio 54-style material was a big radio favourite, and the deservedly top-riding NOX`s Christmas went gold in three weeks.

NOX’s Christmas and their following LP Ragyogás went double platinum. Megasztár 2005 is platinum and Megasztár Best Of became gold. (‘Megasztár’ was the biggest entertainment program of the nation, based on ‘American Idol’). The winner of this year’s high level competition, Caramel, went platinum with his first release. And to elegantly top it off, everybody’s old time favourite, Zorán came out with his long-awaited DVD – and guess what – it went platinum as well.

The first single of Megasztár’s second best of, Megfordult a világ, was a big radio favourite; it was in the top 10 for long months in 2006. Also in this year Hypnotix third album Star Warps was released. The first two singles of the Laszlo-produced Cozombolis’s debut album were huge radio hits; they were in the top 10 for 4 months in 2007. Later, in 2008 Laszlo also produced and engineered 5 songs on his new album. He started collaborating with a talented musician from the United Kingdom called Tyler Roberts in 2007. He worked on Tyler’s album as a producer, co-composer and engineer.

In 2009, a track of the album Hypnotix–Star Tracks was featured in the New Year’s Eve laser show of LOBO in Bucharest.

In 2010, he remixed a 1964 song Gambale Twist of Benito Urgu. The song made it all the way to the new album of Benito Urgu. In the same year, Laszlo made a remix of the song Bűnbe estem by Magdolna Rúzsa, the winner of Megasztár 3. Still in that year, a book by Laszlo about the ups and downs of being a musician, ‘Murphy’s Laws in the world of music’ (Zenész Murphy törvényköny) was published.

Laszlo has been working as Production Music/Sales Manager for Universal Music Publishing group since 2014, and as Ambassador/Representative of South East Europe for Music2Deal, Hamburg since 2016.

Laszlo is a member of BIEM Artisjus and EJI.